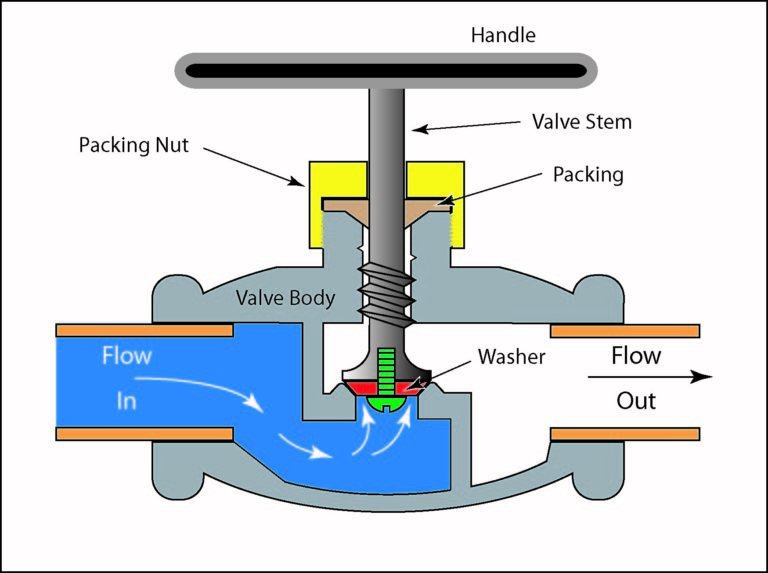 Globe valves are used to regulate the flow of a fluid and to shut-off the fluid (even if for shut-off operations ball valves and gate valves shall always be preferred). Globe valves are bi-directional valves, differently from check valves, meaning that the fluid can flow either way within the valve.

The image illustrates how the valve works and its main components: basically, the flow is managed via a disc that can be lifted (manually or via actuators) from the seat, thus regulating the volume of the allowed flow. 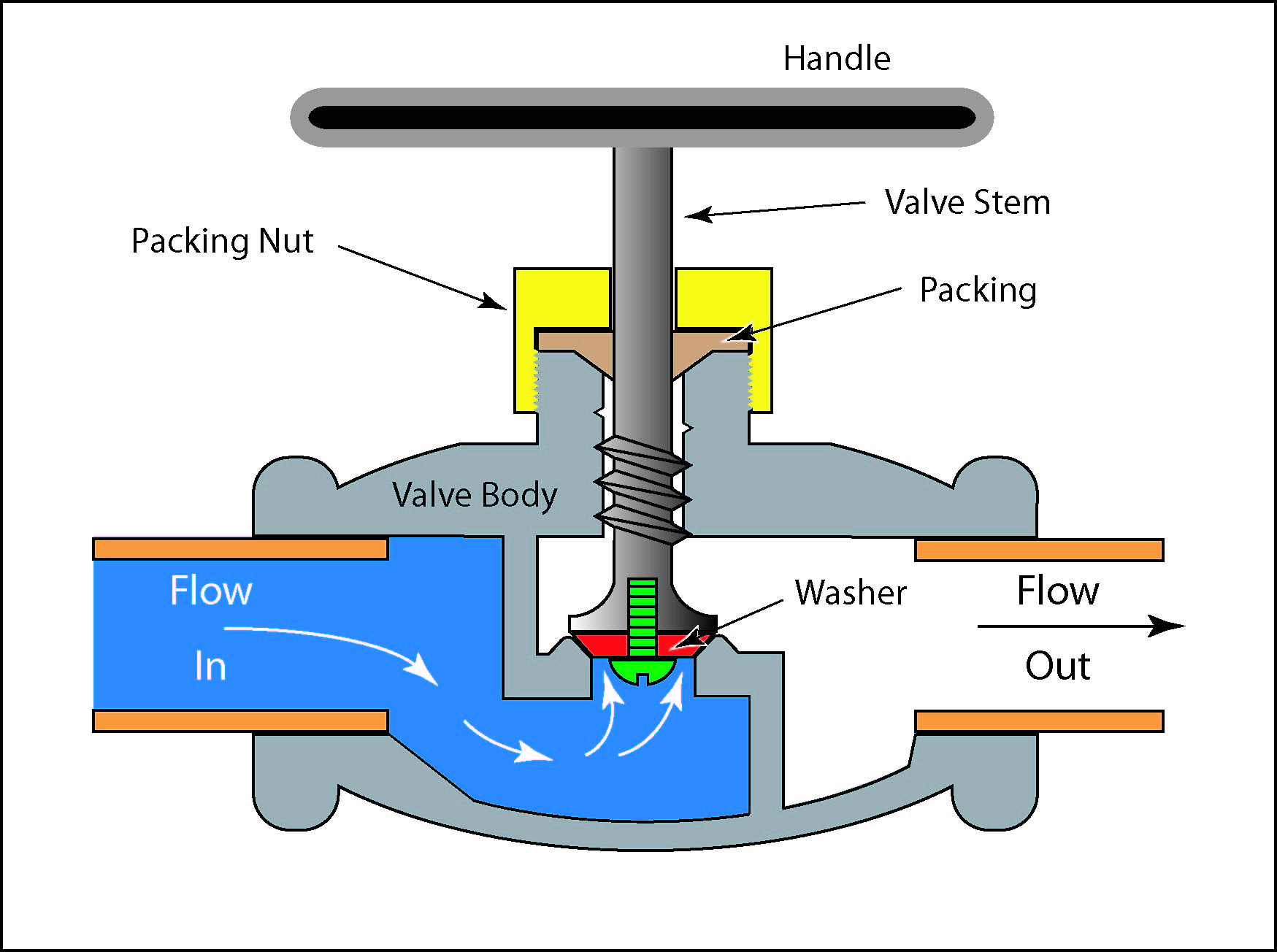 The key specifications for globe valves used for piping applications in the petrochemical industry are:

The main disadvantages are: 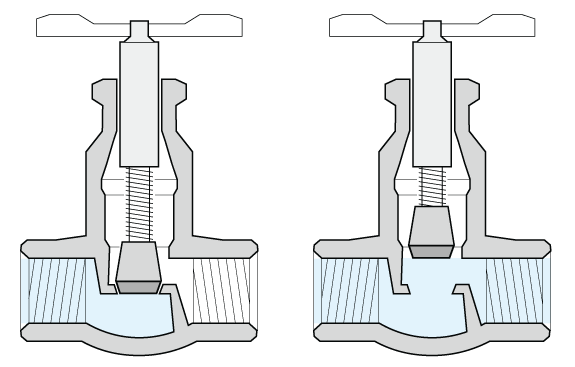 The valve is available in three main types, considering the shape of the body:

The globe valve symbol in P&ID diagrams is the following:

A globe valve does not fit shut-off operations, due to the pressure drop it creates in the piping system (a problem that does not exist for full bore ball valves).

Ball valves have a long service life even in case of continuous on-off operations; globe valves would deteriorate easily under this type of service.

The main differences between these two valves are:

Concluding on this topic: use a ball valve (or a gate valve) for shut-off operations; use a globe valve for regulation. Do not consider these valves as interchangeable. 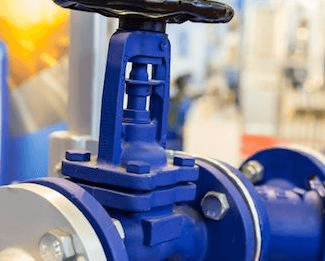 A general assembly drawing for globe valves is shown in the image: 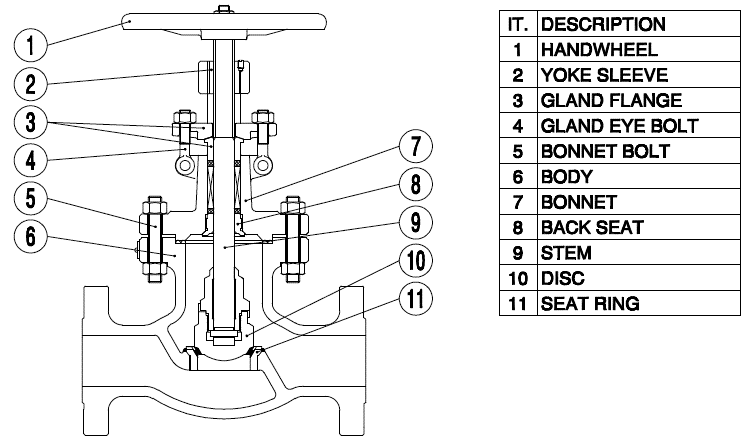 Nonetheless, a large number of variations exist, depending on the following factors:

The tables show the dimensions and weights of BS 1873 valves, bolted bonnet type. 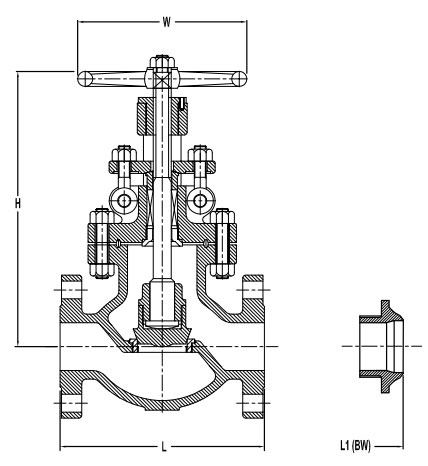