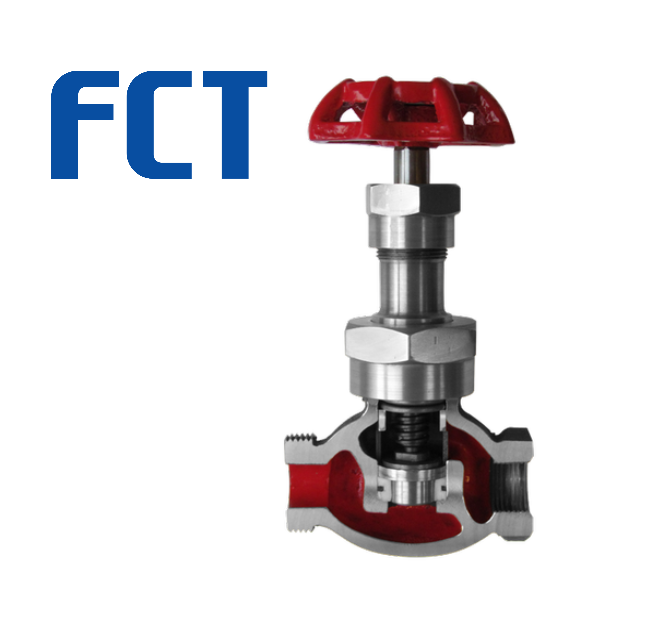 Piston valves are closing-down valves in which a piston-shaped closure member intrudes into or withdraws from the seat bore, as in the valves shown in below.

In these valves, the seat seal is achieved between the lateral faces of the piston and the seat bore. When the valve is being opened, flow cannot start until the piston has been completely withdrawn from the seat bore. Any erosive damage occurs, therefore, away from the seating surfaces. When the valve is being closed, the piston tends to wipe away any solids, which might have deposited themselves on the seat. Piston valves may thus handle fluids that carry solids in suspension. When some damage occurs to the seatings, the piston and the seat can be replaced in situ, and the valve is like new without any machining.

Like globe valves, piston valves permit good flow control. If sensitive flow adjustment is required, the piston may be fitted with a needle shaped extension. Piston valves are also used for stopping and starting flow when flow resistance due to the tortuous flow passage is accepted.

The seatings of piston valves are formed by the lateral faces of the valve bore and the piston. A fluid-tight contact between these faces is achieved by a packing that either forms part of the valve bore, as in the valves shown in Figures.

Packings commonly used for this purpose are compression packings based on compressed asbestos or PTFE and O-ring packings.

In the case of the piston valve shown in Figure , the piston moves in two packings that are separated by a lantern ring. The lower packing represents the seat packing, while the upper packing seals the piston to the atmosphere. The bonnet serves thereby as the gland that permits both packings to be tightened through tightening of the cover bolts. Disc springs under the nuts of the cover bolts minimize variations in packing stress due to thermal contraction and expansion of the valve parts. When one of the packings leaks, the fluid seal can be restored by retightening the bolts. Retightening must be carried out while the valve is closed to prevent an unrestrained expansion of the seat packing into the valve bore.

The two packings around the piston are both seat packings, and a separate packing is provided for the stem. The purpose of balancing the piston is to minimize the operating effort in large valves operating against high fluid pressures.

The packing train of the valve shown is likewise stressed through the bonnet in conjunction with springs under the nuts of the cover bolts, or with a spring between the bonnet and the packing. However, as the piston moves into the final closing position, a shoulder on the piston contacts a compression ring on top of the packing so that any further progression of the piston tightens the packing still further.

National standards that apply specifically to piston valves do not exist.

Fluids with solids in suspension